Is the ‘DAF-110’ an unsuccessful prototype of the dutch counterpart of the Leyland company? No, the Duretech DAF-110 ‘Flexer’ was one of the first P2000 pagers (P2000 is the name of the paging network exclusively for dutch public services) in the year 2003. At the moment when the Tetra network ‘C2000’ became operational, the paging network P2000 also went live. For this Flex based network pagers made by the Duretech company were acquired.

The DAF-110 ‘Flexer’ was introduced as a huge leap forward, for instance because of its size. It was almost half the size of its predecessor, the Swissphone Quattrino. Nevertheless users didn’t share this opinion because the pager didn’t meet the quality standards everybody was used to. Alerts weren’t received on regular basis. Messages had to be read on a single side illuminated display of the size of a stamp. The pager wasn’t water or shock proof. But therefore it consumed a huge amount of batteries. There was no option to put the device in an external charger and the manufacturer insisted that a 1.5V AAA battery had to be used instead of a 1.2V rechargable. No other option than hoarding lots of batteries. While keeping in mind the battery sometimes even didn’t last one week, this was no real durable solution.

Later on a slightly modified version of this pager was released, which offered the option to manually switch CAP codes on and off. Nevertheless the pager wasn’t a real success.

In my collection I keep a Duretech DAF-110 in mint condition, including its box and user manual. I was also able to obtain the original programming hard- and software. The programmer is also an interesting piece of craftsmanship. To program the pager it has to be put upside down and without battery in a kind of a ‘mold’. Then a socket with four ‘pogo pins’ was to be pushed down into the battery space to connect with the programming contacts. In this way the pager was connected to a power supply and (via a level converter) to the serial port of a computer. To actually program the pager a DOS application especially for this pager was needed. 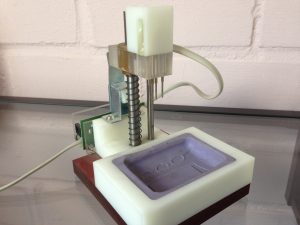 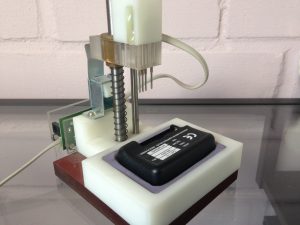 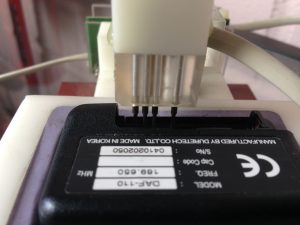 After some time the public safety services decided to purchase more rugged pagers. Typically the size of the pagers also increased again. The picture below shows from left to right: the Duretech DAF-110 ‘Flexer’, the Daviscomms BR802, the Gold Apollo AF-A27 ‘Galaxy’ and the Gold Apollo AF-A30G (with reply functionality via GPRS). 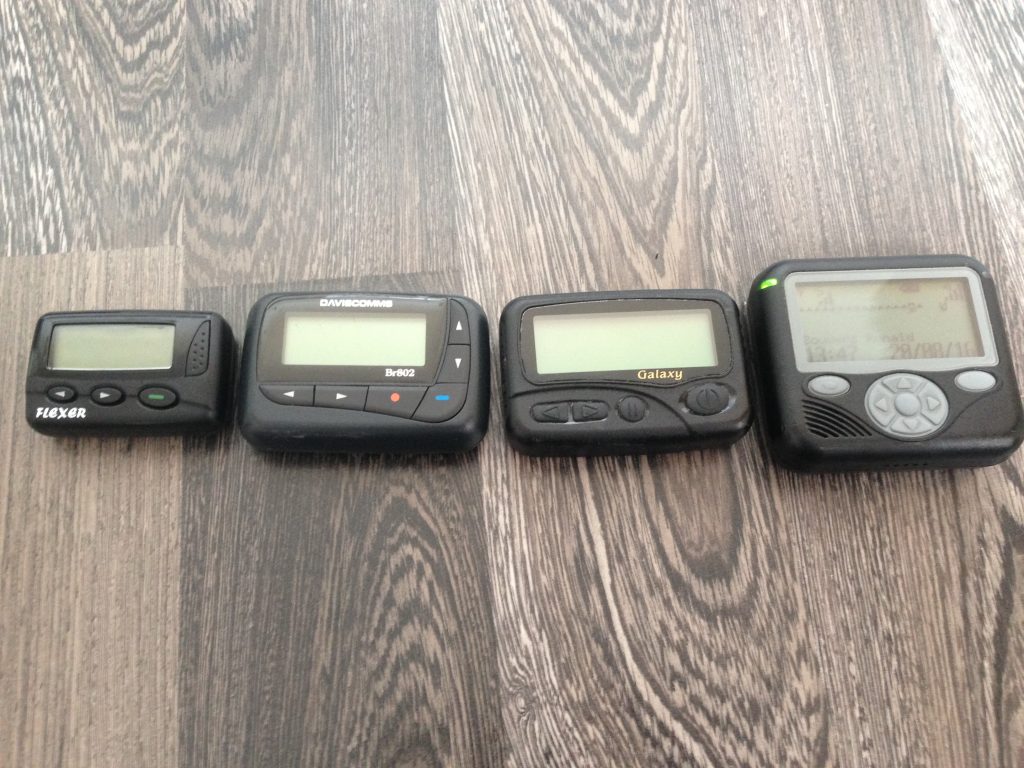