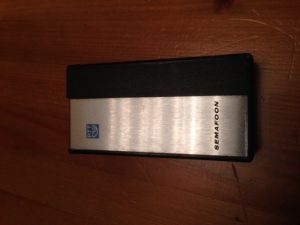 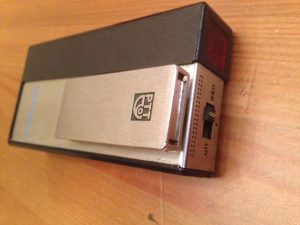 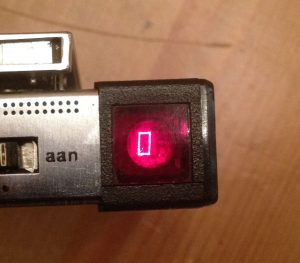 This item in the collections dates from a time when paging in the Netherlands happened in the 4m band. In those times it was possible to use a regular broadcast receiver to listen slightly below 88 MHz to hear endless tone sequences. Sometimes the rhythm of these tones changed, which obviously indicated a paging message had been transmitted.

In those times also the police used the 4m band, and probably lots of people thought these tone sequences were related to their communication network. Anyway this former pager network was really annoying for those who were listening to the police communication with a normal broadcast radio.

Many years later a pager belonging to the 4m paging network has found its way to my collection. It doesn’t show a clear model or type indication, but some research on the internet revealed this as a Motorola Metro PageBoy II. On top it has a three position switch, which can be pushed down as well. And behind a small lens and a red transparent cover a 7 segment display can been seen. Also the inside of the pager shows some relationship with the well known PageBoy II. It also contains a ‘codeplug’ but of a different size as the one of the PageBoy II.

Currently there is no other use than having this pager on display. I’ve no idea what protocol was used, as it sounds differently from POCSAG. If you have any additional information, please contact me!