This original Motorola PageBoy is a new addition to the pager collection. Somewhere in the seventies this pager saw daylight. Although a weight of a bit more than 300 grams and the size of a vintage cellphone this device is strictly called ‘portable’, but not really handy. Its successor, the PageBoy II, has been used in huge numbers by dutch fire departments and ambulance services. Still veterans are talking with some melancholy about the indestructible PageBoy II. But the PageBoy (I) is less commonly known and is hardly seen on the second hand market.

The pager found its way to my collection quite unexpectedly. According to my information the device has to been activated by a 2-tone. Furthermore this specific pager is a 2m version. While cleaning the pager I’ve even found an original Motorola battery inserted (but not bleeding!). 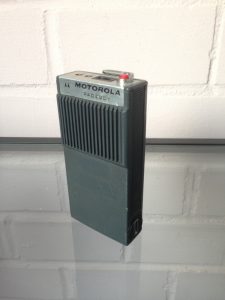 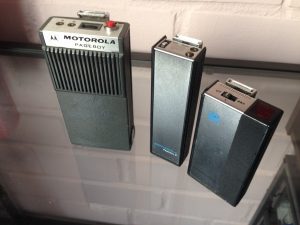 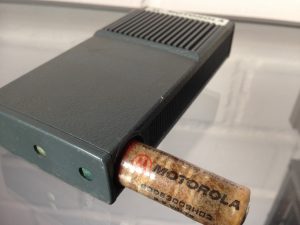