Programming Motorola Tetra radios is not always easy. I became aware of this after obtaining a Motorola MTM800. The easiest way is to purchase all accessories from Motorola. But this is also the most expensive solution.

To program the MTM800 the accessory connector at the backside of the radio is to be used. A similar connector can be found at the GM300 or the TM900 series. With the exception the Tetra radio has some more pins.

Via the internet USB programming cables for the MTM800 are offered. Those cables change owner for about 30 Euros. Not a real bargain, but I got fooled by the rumor the MTM800 could be programmed via the USB interface. So as I already owned that cable I’ve continued my project with it. But via the internet also bare accessory connectors are sold for far less money. Anyway, my first action was to cut off the USB connector with integrated level converter.

Only a few connections are important:

Finally the pinout of the accessory connector looks like the picture below. Don’t mind the colors of the wires, these are randomly chosen. 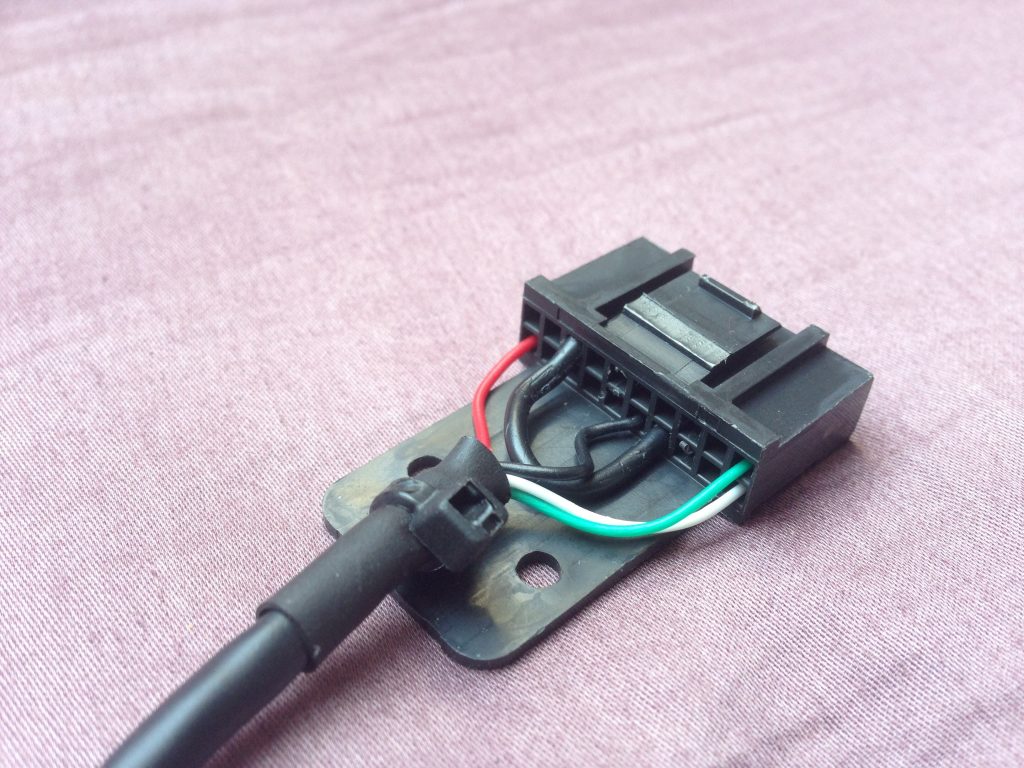 After providing a correct pinout to the accessory connector it’s time for the converter. This can be wired to the programming cable permanently, but to keep the option open to use other cables together with this programmer I’ve decided to connect cable and programmer with a DB9 connector.

The actual converter is a MAX232 chip with a power supply. This can be build yourself, but for little money complete modules on a PCB are available. Both the power supply and the converter were purchased for less than 1.50 Euro together, shipping included. That’s less than a bare MAX232 at the local shop.

At the MAX232 PCB two jumpers are to be soldered to fool the Motorola CPS:

The MAX232 needs a power supply of 5V. Nevertheless the MTM800 wants to get 3V3 on its pins. So it’s possible to have 2 power converters: one for 5V and another for 3V3. But the MAX232 perfectly works on 3V3, so a single power converter will do the job. The module shown in my project can be adjusted to 3V3 very precisely. While adjusting the power make sure 5V won’t be exceeded, because the MAX232 is not really forgiving in relation to the power offered. Connect the power supply to the Vcc and GND pins of the MAX232 module.

The power of a 9-12V DC adapter goes to the voltage regulator, which has a 3V3 output. This 3V3 power is offered to the MAX232 module (red and blue wire). There is also a ground wire leading towards the DB9 connector at the left side. This ground wire has to be connected to pin 8 of the accessory connector of the Motorola radio.

After connecting the programming cable the radio will go into programming mode after pushing the on/off button. The radio doesn’t show any sign of this! It seems the radio is just switched off. But as soon as it gets recognized by the CPS, it will also be able to communicate with the computer.

HINTS for building this programmer: 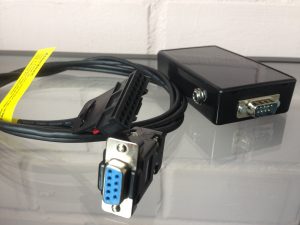