There is little known about this king size pager. According to the old fashioned Dymo embossing labels the pager has been used by the radio servicing department of the dutch police, called PVD. Because someone has been kind enough to put a sticker ‘431H’ on it, it’s for sure this is a unit for the 70cm band. In the past police channels in the 70cm-band were labeled ‘4xx’, channels in the 4m band were labeled ‘8xx’.

Furthermore it’s obvious that someone has modified the pager, as it has a potentiometer at an unusual spot at the right side. Perhaps somebody of the PVD unit has used the modified pager to listen in to the colleagues in the field…? At the moment still a wild guess.

Anyone who can provide some information regarding this pager is invited to share it with me. 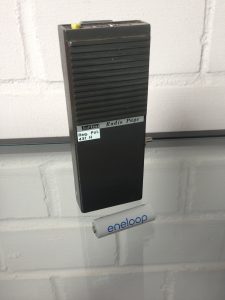 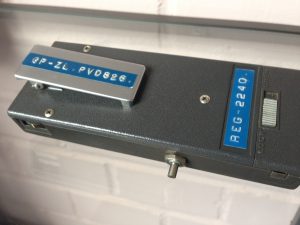