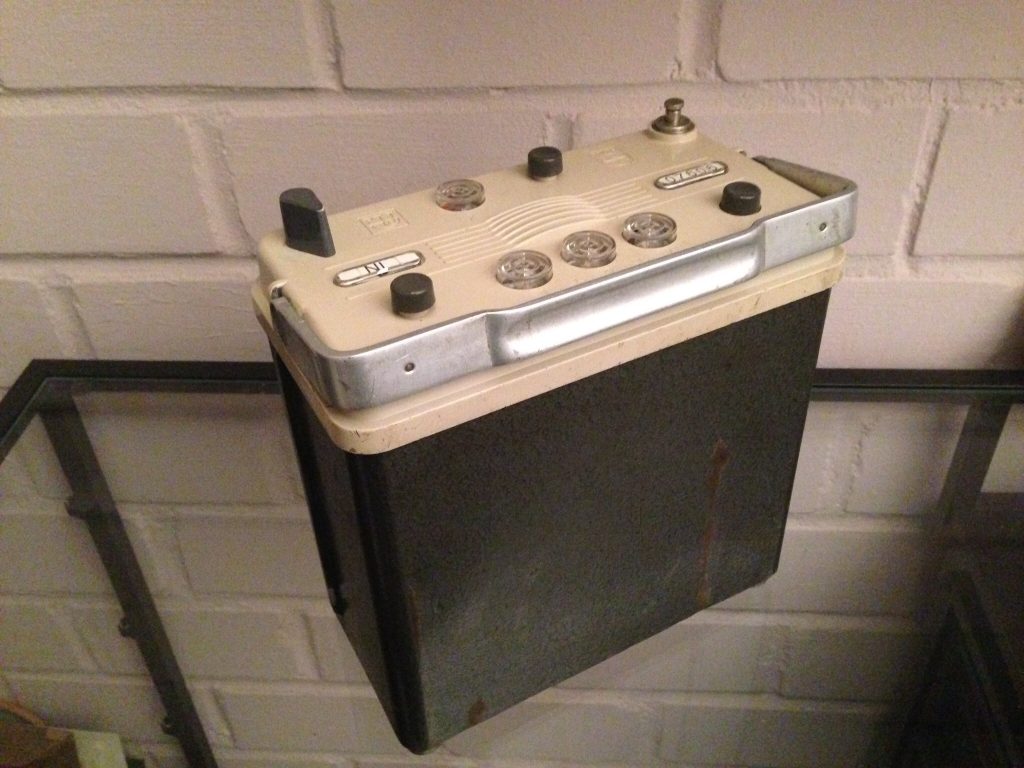 This Philips ESC was the first pager available on the dutch market. Using 3 lights (bulbs!) the different calls could be visualized. A similar system lasted for a long time as ‘tone only paging’

The first dutch steps on the pager market were taken in the 4m band, just below the broadcast section. When a broadcast receiver was pulled just below 88 MHz, all kind of tone sequences could be heard. I still don’t have a clue what protocol this was. Certainly no 5-tone and definitely no POCSAG as it wasn’t invented yet. Sometimes you could hear police communication between the tones, ‘so these tones were also sent by the police radio station’. Nobody ever thought about the bandwidth of the old broadcast receiver, which passed everything between 86 and 89 MHz to the speaker.

Little information can be found about this pager: